Reviews on some of the best antivirus software on the market. Find the excellent protection for your PC here.
Blog
372
Сlarity and Trust – We take pride in being the site where you can feel free to express your opinion and leave feedback. Whenever you click on the websites of products reviewed by us, we participate in the revenue sharing and get commissions that help us maintain our project. Read more about how we work. 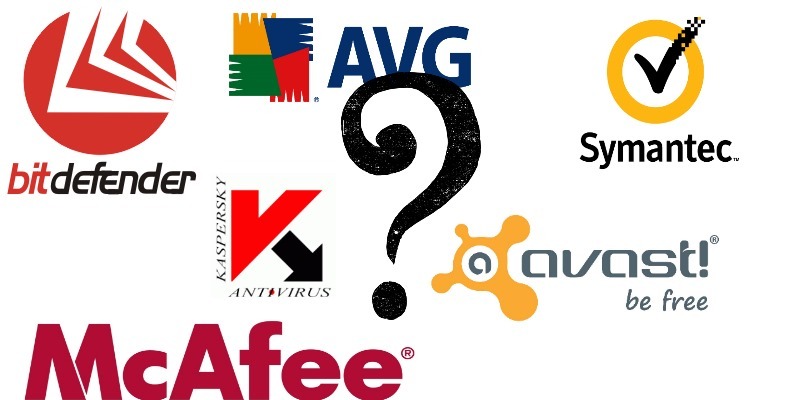 Antiviruses versus malware. This competition is constant, and will exist until computers will not become fully secure, users will not stop pressing on all ads and email attachments, and malware creators will not stop making their “product” to gain profit. And in the modern computer world such a race has an enormously high speed. Analysts teams, who are maintaining the definition databases of every antivirus, must add the malware to these databases as soon as possible, so their sleep is very and very restless. Exactly because of their successful (or unsuccessful) analysis, their products are getting more or less effective against modern viruses. And one of the targets of our website is to keep abreast on the quality of detection of every antivirus to give our guests the most actual information about anti-malware software.

Close to real circumstances, or how to choose the proper antivirus

Modern antivirus software is quite a complex thing, that can be set up very and very tightly for the individual needs. After such settings, users may see the completely different results of the scan. But what is more important, the majority of users don’t even keep in mind that there are a lot of additional settings in the antivirus tool they have just installed. The most important feature they need after the installation is to have a 100% workable tool that will surely clean their computers from malware without any changes in settings. That’s why such review agencies as AV-TEST specify that they are testing all antivirus programs in circumstances that are close to real: using the basic system configurations, standard settings of detection engine of anti-malware programs, et cetera.

Because of the mentioned speed of the “race” among anti-malware programs, AV-TEST is forced to publish their review every two months, so the changes in efficiency will be notable at a glance. Let’s review the latest report, dated October 2, 2020.

I have sorted the report by the protection result. In my opinion, this characteristic is much more important than performance or usability. It is also important to note that AV-TEST may set the rating of 6 (the highest rating) to a big number of antivirus tools, but that doesn’t mean that they have 100% equal results, and sorting by the performance uncovering this difference in quite a clear way.

The difference between antivirus tools with 6/6 ratings are in the clearance of results. The more unsure detections an antivirus tool has – the lower will be its position in the global rating. Of course, for the enormous amount of dubious results the total protection rating of the anti-malware program will be decreased by 0.5-1 point. But if these numbers are in the range of sane, the changes can be spectated only after the sorting.

Best of the best, chosen programs that are considered as the best security tools. These programs are holding the top position for half a year. Remember that the cybersecurity environment changes rapidly, so such a long term at the top of charts is a perfect index. Meet the winners – AhnLab, Avast and AVG.

All of them have really close results of detections, as well as the protection rates. However, if we are talking about other factors, like performance, AhnLab’s product is getting a major boost, having the 6/6 in the performance test, while two others have a significant influence on the PC productivity during the scan or other activities.

Five next places are the “train”, which consists of Bitdefender, BullGuard, ESET, F-Secure and GData products. These antiviruses have very close ratings and positioned in the rating one-after-another for the last 6 months, that’s why I have called them the train.

The main characteristics, as well as the mistakes of these five antivirus programs are common for both periods. ESET and GData have several (but non-critical) problems with its performance – weak computers can suffer because of substantial CPU/RAM consumption of these apps. But all these programs are still very good, and because of the price, that is a bit lower than the first trio has, these five programs may be a great choice for users who do not want to overpay about 50% for the same efficiency. 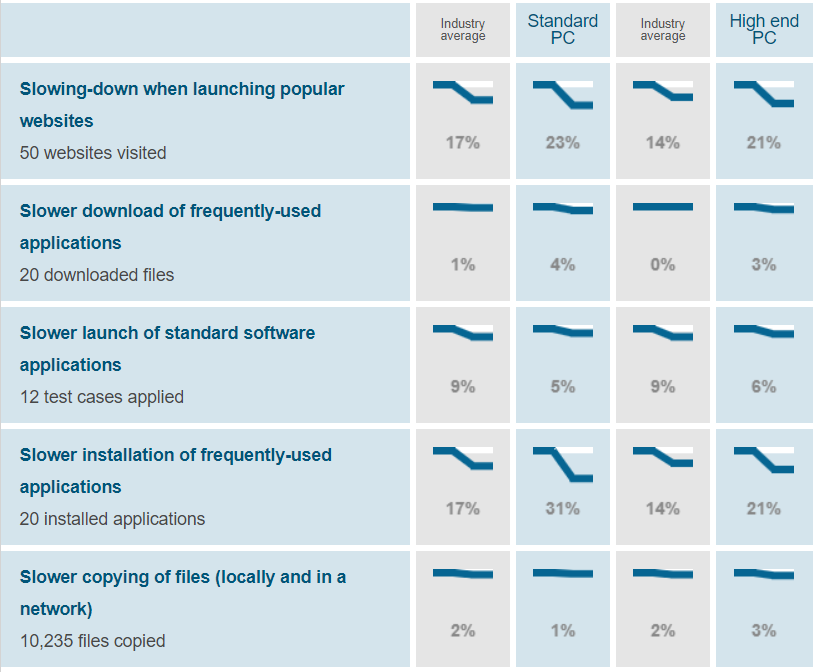 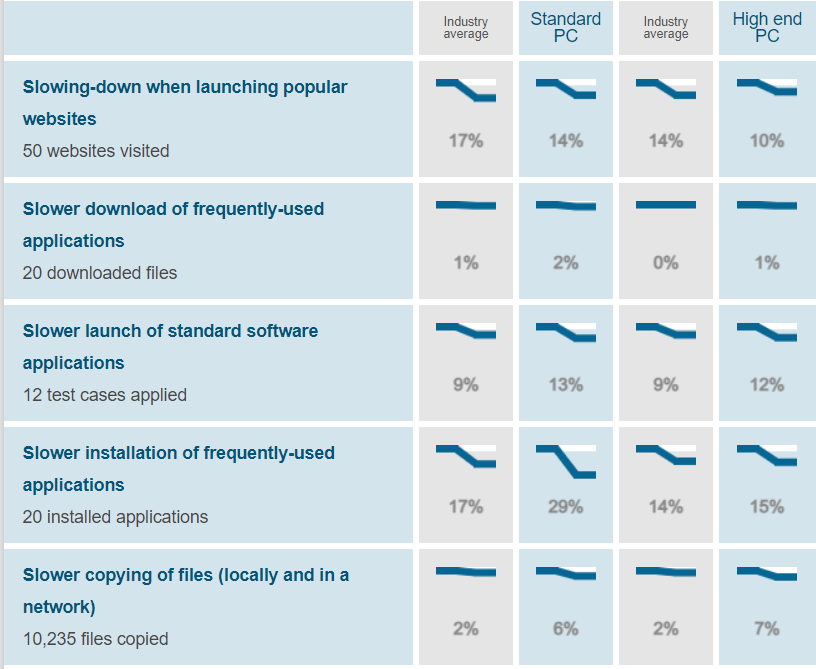 It is also interesting to mention the Avira rapid plummence – from the fourth place (it was standing right after the initial trio) to the 20th place. The main reason is the significant loss in the protection efficiency – German antivirus showed even worse protection rates than Malwarebytes does. Last one was not included in the TOP-20 in the AV-TEST report at the beginning of 2020, so that is not only the loss of the team of Avira, but also an incredible success of the Malwarebytes Anti-Malware team.

Other breakthroughs of antivirus tools

K7 (why not K9?) Security has got a significant boost, moving from the 18th place to the 9th. The significantly improved protection rate, coupled with good performance and usability, that was good even in August, allowed this product to get 10 positions up in the AV-TEST rating. Now, K7 shows even higher results than Kaspersky does.

McAfee and Microsoft Defender. This sweet pair has been moved down by Malwarebytes, however, they both are holding the TOP-Product label. Due to the perfect results in all testing categories, these antiviruses may substitute a program from the top of the list. And, in case with the Defender, you will not be asked if you need it – this antivirus software is already inside of your Windows.

In the last report, there is one new antivirus that has never been in the rating before. Northguard stands higher than NortonLifeLock, and only two positions below the MS Defender. Perfect result as for a newbie. Scoring 6/6 points on all ratings, this anti-malware software pretends to keep staying in this list. I think that program is really worth your attention.

Talking about the outsiders

At the bottom of AV-TEST rating there are two programs that have a lot of problems with performance, usability or protection, or even with all characteristics simultaneously. We are talking about PC Matic and Smart Antivirus. Nonetheless, as the comparison shows, the PC Matic team tries to make their best to correct the existing disadvantages. Protection rating increased from 3/6 to 4/6, and usability – from 4,5/6 to 5/6. At the same time, the Smart Antivirus team decided to concentrate on increasing the usability, forgetting that they have only 2.5/6 points for the protection.

As the analysis shows, the difference between the majority of antivirus tools is purely cosmetic. One is more user-friendly, other has a lot of additional functions for experienced users, third one decreases the performance of your PC, fourth has a lot of false positive detections due to malfunctioning of heuristic detection engine. But the main function, that is essential for any anti-malware software – detection – is literally the same for the majority of solutions with 6/6 rating of protections. Hence, you are free to choose among these programs and find one which fits your needs.