Reviews on some of the best antivirus software on the market. Find the excellent protection for your PC here.
Best Antivirus
577
Сlarity and Trust – We take pride in being the site where you can feel free to express your opinion and leave feedback. Whenever you click on the websites of products reviewed by us, we participate in the revenue sharing and get commissions that help us maintain our project. Read more about how we work.

Which antivirus is best in 2021? AV-Comparatives report review 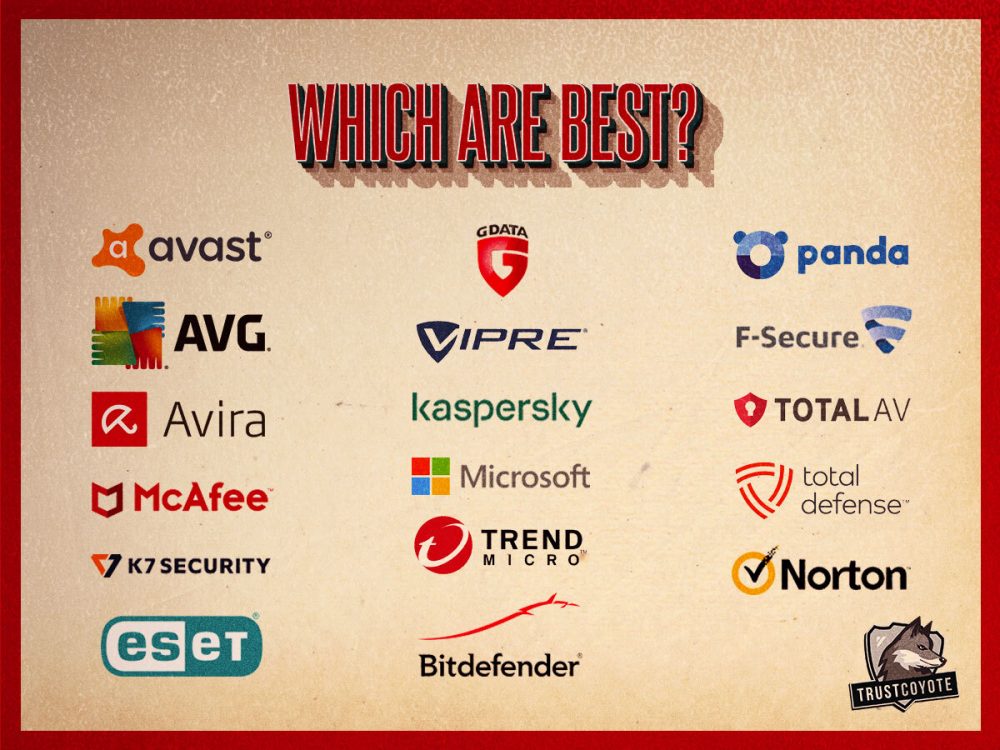 2020 has shown that the personal anti-malware solutions are still in need, regardless of the total level of users’ knowledge about cybersecurity or the security level of operating systems. The malware activity levels in the past year have shown the highs that have not been seen yet. For the users who care about the security of their computers it is vital to find a perfect antivirus program. In this article, you will see the detailed comparison of antivirus tools, based on the AV Comparatives report review.

AV-Comparatives is a rating agency which tests the anti-malware tools and sets the rating for each tested candidate. The characteristics that are checked by this antimalware testing organization are similar to ones used by AV-TEST – another rating agency, whose reports were used in several articles on our website. This article is based on the 2020 annual report of AV-Comparatives.

As it was mentioned, the review vendor whose report I chose as a basis checks the 3 characteristics of anti-malware programs: Malware Protection, Performance and Real-World Protection. Also, there are two subcategories that are not used to determine the final rating, but may add some points to Malware protection and Real-World Protection. Those parameters are Advanced Threat Protection and False Positives – the very important features when we are talking about the day-to-day usage of antivirus tools. 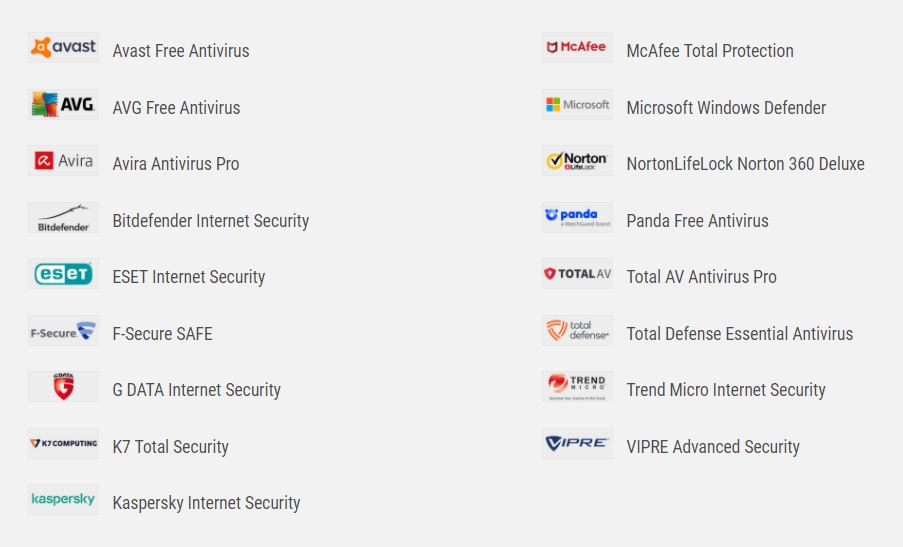 The sense of this category, as well as the testing methods, is quite easy to understand. The more viruses the program can detect – the more efficient it will be for the end user. Of course, there are a lot of conventionalities that brokes the equation of malware protection = efficiency. But we will check it later. Now, let’s see the winners in this category.

Through the whole year, german antivirus showed 3/3 rates of malware protection. Add this fact to the total malware activity rate, and the fact that this award is well-deserved will be clear.

Two vendors from Eastern Europe showed the same good results as GData, however, the underlying results are a little bit lower than the Gold Award winner shown.

A little bit lower test results pushed the brainchild of Eugene Kaspersky to the 3rd place. However, just like the Silver and Gold awardants, it has the nominally maximal result of malware protection.

This test lasts for several days. During this term, analysts try to use the antimalware tool maximally close to the real conditions. Launching the programs from untrusted sources, attempting to use hack tools/keygens, browsing the dubious websites – whatever the average user usually does everyday. All these actions are needed to check if the protection rates the antivirus tool has shown can really be proven during the real usage.

Another award goes to the Russian vendor. Perfect heuristic engine, together with low false detects makes this anti-malware program one of the best for everyday usage.

Brothers-in-law, which are always paired. AVG de-facto is a subsidiary of Avast1, using the same detection & heuristic engines, as well as offering their products for the same price. 3/3 points for real-world protection throughout the whole 2020 worth a lot, and this award is legit for both of them.

The producer of the embedded anti-malware tool for Windows cannot show the perfect malware protection results. However, thanks to the well-working heuristic module and the efforts of the analyst team, Microsoft Defender is able to detect the suspicious activity of malicious items clear enough to obtain this award.

Anti-malware software has a lot of background functions, which can consume a huge amount of the CPU/RAM capacity. Sometimes, the old computers cannot even open the browser when the security tool runs. Hence, the optimization and performance quality of the antivirus software is one of the primary characteristics.

Indian antivirus solution appeared to be not the best solution for the malware protection, but the performance influence is extremely low. While a lot of other anti-malware apps made the file copying and program launching process much longer, K7 showed no significant impact on the speed of these operations.

McAfee was never the antivirus solution with high performance impact. Moreover, some of their products were distributed specially for weak systems that may suffer from lags with other anti-malware software.

Never seen it before… Despite the numerous compliances on Kaspersky antivirus, on the PCs which fit the requirements it runs perfectly, causing no significant slowdowns.

Have you ever used the self-made programs? In the past, I used a bunch of Java-based utilities for remote desktop access, created by a friend of mine. And it was a real suffering to force Windows Defender to stop blocking it. This antivirus program has some sort of sclerosis, because I was forced to add these apps to whitelist every time after the detection database was updated. False positive detects sometimes may be even more annoying than adware. That’s why this category is one which is used for rating. 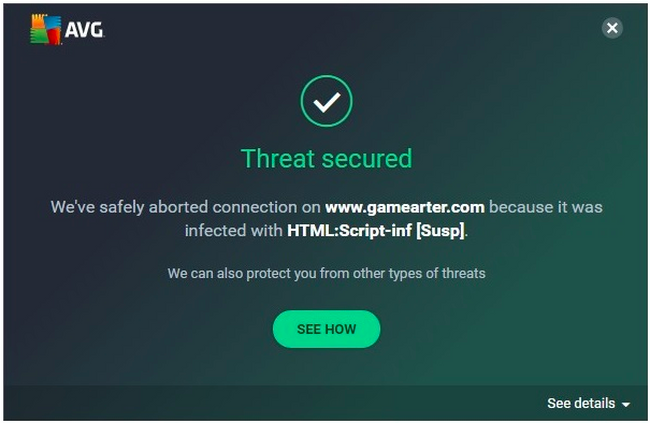 The example of false positive detection of anti-malware software

5 false detects throughout the whole year – this number is impressive. The nearest result is 3 times bigger, so the gold award for Slovak product is 100% deserved.

One more medal to one of the oldest anti-malware solutions. Having 15 false detects, it shows that all other awards are not just a joke. But it’s developers shouldn’t relax, because the competitors are very close.

19 FPs, this result is also amazing. However, this antivirus has several other disadvantages, so its total rating is quite low.

Huh, I think we can name an obvious winner. Being awarded in the majority of categories, it can also secure your PC from the most unpredictable types of attack, that may use not only standard injection methods, but also exploits in the network.

A new pair, together with the AVG/Avast? Both of these solutions have got several other awards, so the Kaspersky is not the single candidate for being chosen as the anti-malware solution.

Pair is always a pair, wherever they are listed. I don’t want to repeat the words from the previous paragraph, so just keep them in mind.

Your product will not be very popular, even if it is really effective, when its price is higher than the industry average. Users will just search for the same efficiency for the lower cost, regardless of other factors. However, there difference between the anti-malware solutions prices may reach 50%. Look at the table below:

As you can see, the majority of anti-malware solutions have similar prices, but some of them have unavoidable options like McAfee offers, and others are just more expensive. All of these vendors also offer a lot of other services – keychains, VPN servers, advanced parental control, etc for the additional payment.

Which anti-malware software is best in 2021? Kaspersky looks like an obvious choice, but the bad reputation of the company that steals the user’s data2 and has close relationship with russian Federal Security Service (FSS)3 may be a critical factor. There are several other antivirus programs that may offer the similar security level for the same price. Choose wisely.

likethis
What's your reaction?
Love It
0%
Like It
100%
Want It
0%
Had It
0%
Hated It
0%
Posted In
Best Antivirus, Comparison
Tags
About The Author 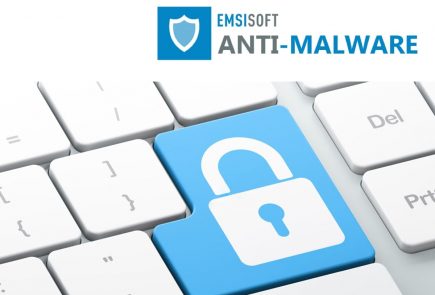 Emsisoft Anti-Malware Review 2022 — Is It Any Good?
Read More 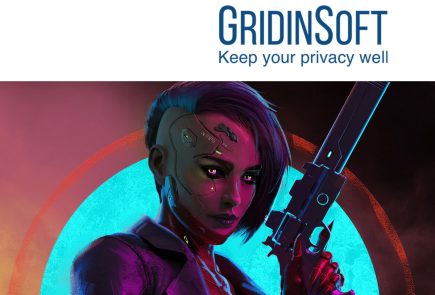 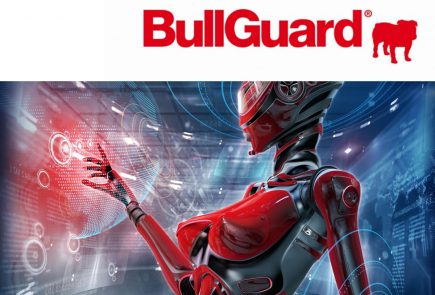