Reviews on some of the best antivirus software on the market. Find the excellent protection for your PC here.
Sections
Blog
14
Сlarity and Trust – We take pride in being the site where you can feel free to express your opinion and leave feedback. Whenever you click on the websites of products reviewed by us, we participate in the revenue sharing and get commissions that help us maintain our project. Read more about how we work.

AVLab has chosen the “Antivirus 2020”

The independent Polish IT laboratory AVLab summed up the results of the year and, on the basis of its research has chosen the “Antivirus 2020”.

AVLab is an organization that acts as the guardian of digital security on the Internet. AVLab provides up-to-date information in the field of computer security at conferences, trainings and through articles. A key feature of this laboratory is professional reviews and safety tests.

In its tests, the laboratory uses malicious tools and techniques that can bypass protection in real attacks.

AVLab annually sums up the results of the year to reward developers whose security products have successfully passed the laboratory tests.

“AVLab hopes that this information will help entrepreneurs, companies and ordinary users choose a reliable solution to protect their devices and data”, – say the representatives of the company.

To identify the most effective solution, advanced dynamic testing against common threats “Advanced in The Wild Test” is used.

This test allows evaluating the effectiveness of protection over a long-term time frame, because developers are constantly updating their products throughout the year, improving protection, fixing bugs and adding new functions.

In 2020, no one could predict how the economy would change. The pandemic changed everything dramatically. Most of the workers were forced to move to remote work.

During the pandemic from March to December 2020, there was a marked increase in email attacks. Cybercriminals sent many more messages with malicious content than in 2019 over the same period. The number of zero-day threats was on the rise, and the number of viruses increased by 131% in March 2020 compared to March 2019.

At the same time, the number of attacks not related to the topic of coronavirus has decreased. However, hackers still harass corporate and administrative networks. The Trickbot and Emotet Trojans are the most commonly used cybercriminal software and are responsible for the sudden increase in ransomware attacks on hospitals and healthcare.

Emotet has been the most active threat in recent weeks, with attacks targeting 12% of organizations globally.

The following antiviruses took part in AVLab tests in 2020: 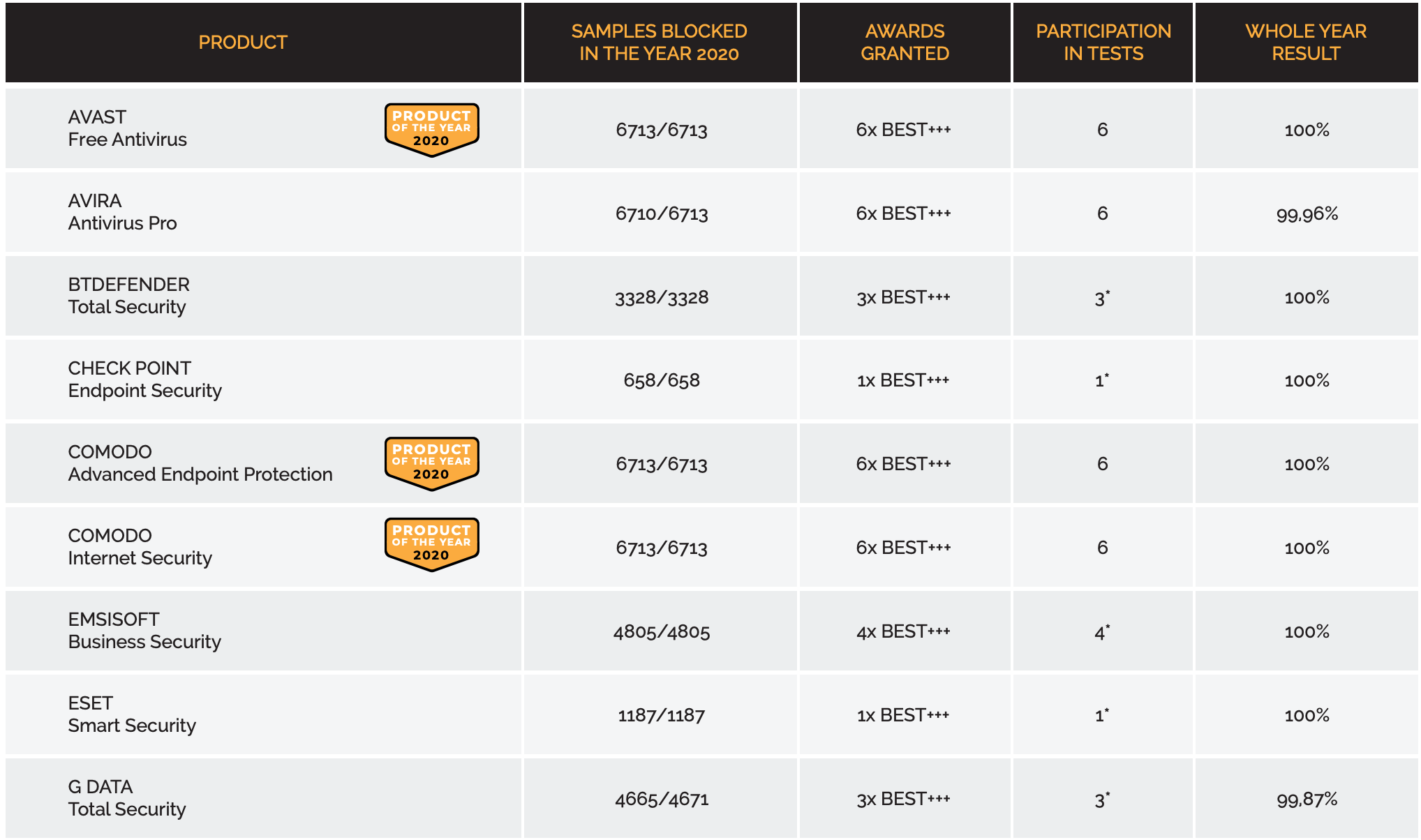 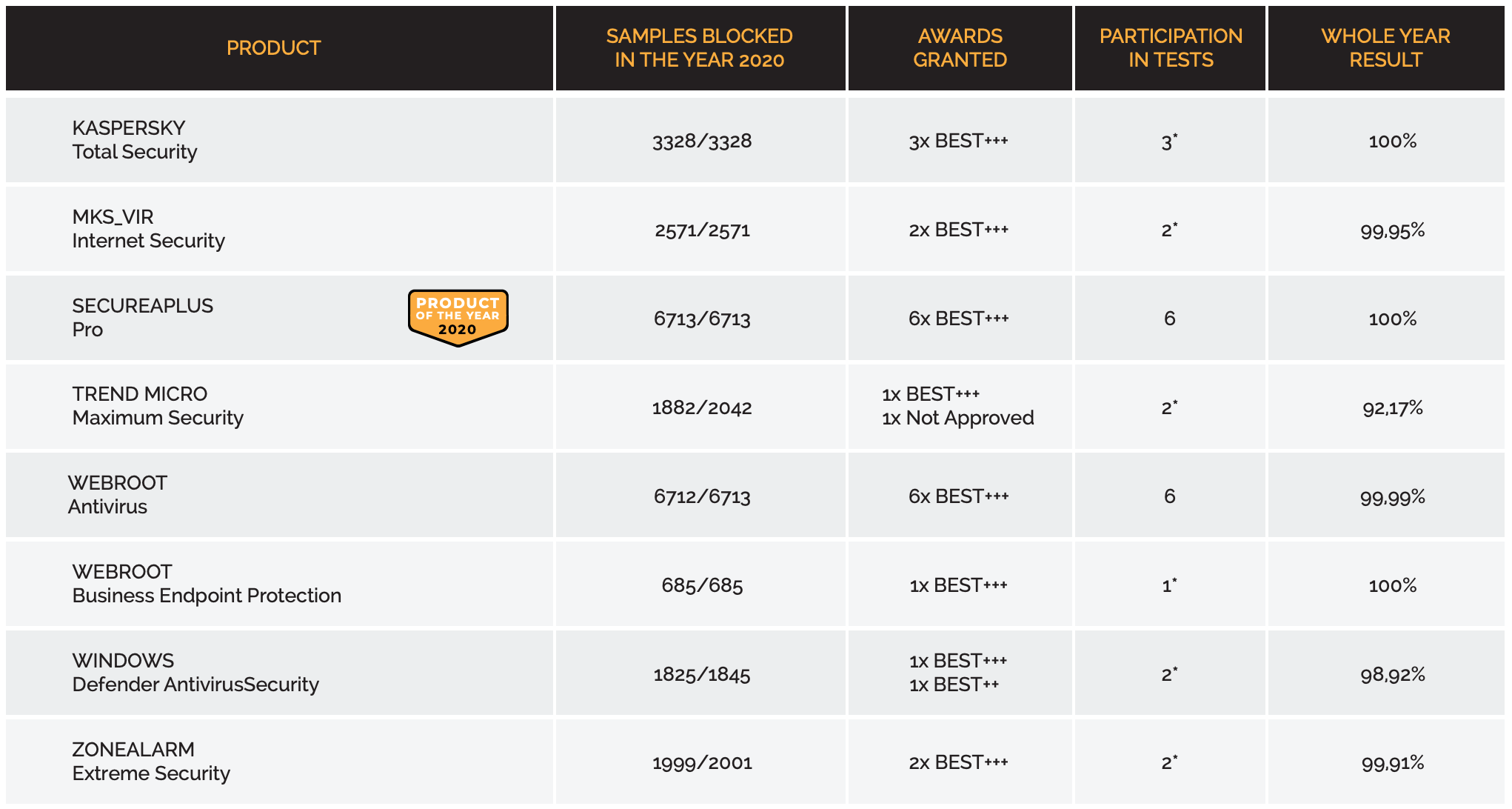 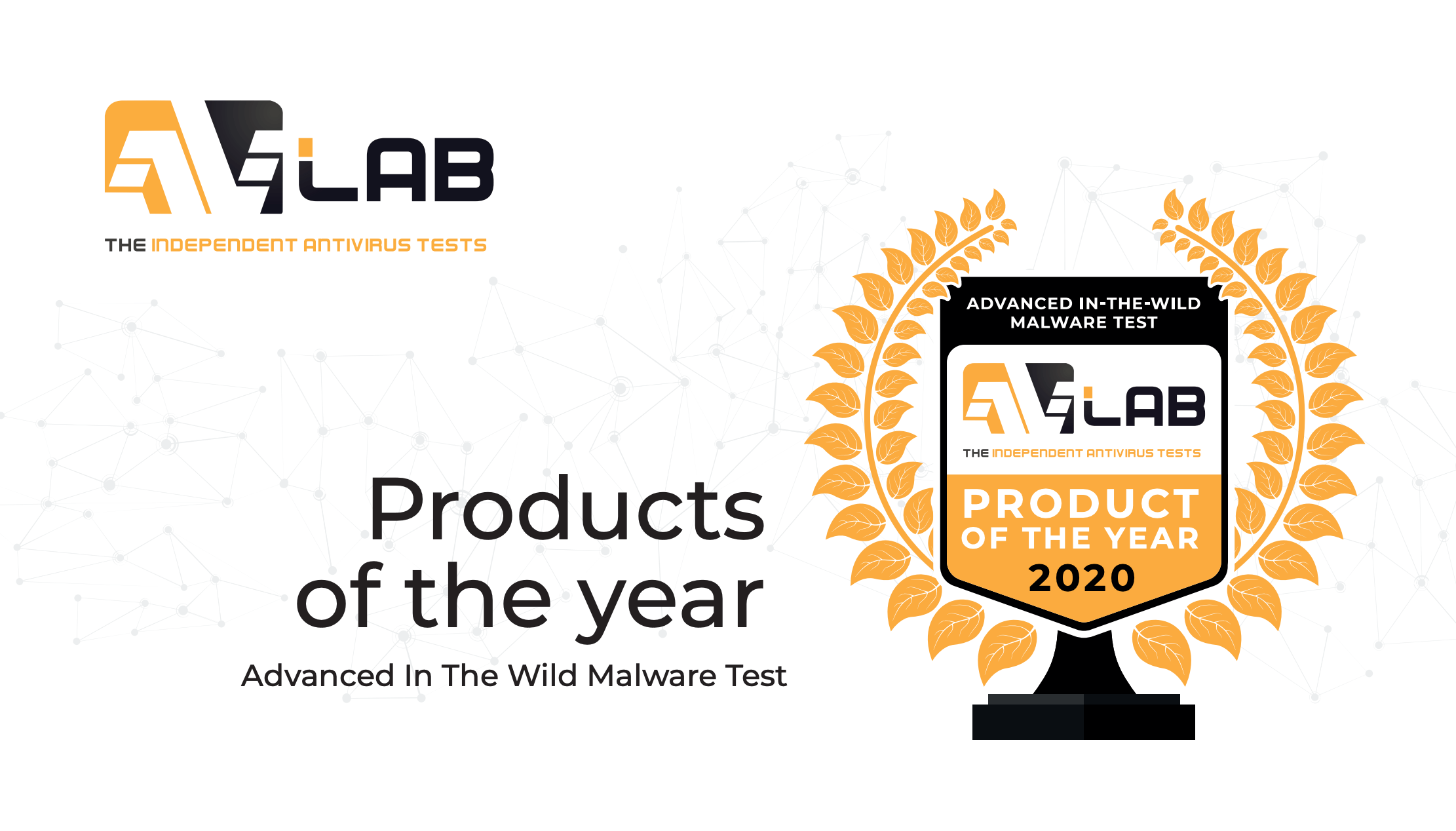 To receive the title “Antivirus of the Year”, test participants had to fulfill two conditions:

The antivirus could not receive a unique certificate if:

The following antiviruses received the title of “Antivirus 2020”:

As a reminder, AV-Comparatives Chose the Best Antivirus to Defend Against APT Attacks. 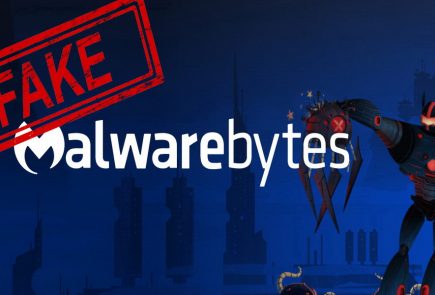 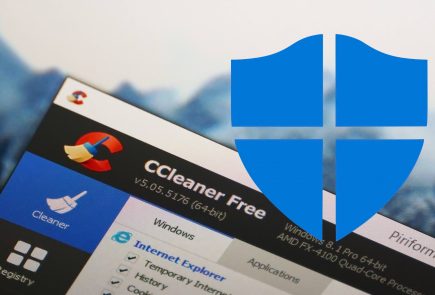